In Agile methodologies of software development, a “feature demo” is usually associated with a short iteration, which is called “cycle”, or specificly “Sprint” in Scrum. I have the honor to have worked with Scrum since 2008 (“Agile” was still the buzzword then), yet I usually don’t pay much attention to the details of the Scrum.

Maybe it is indeed a simple process , which works out-of-the-box with minimal complication.

Maybe another posibility, who knows?

Whatever the case, recently I see some more “changes” to the Scrum process, which probably creates more fancy words and more meetings… but I think Scrum is still a very good process, basically the goodness comes from simplicity. (Simplicity is very close to effectiveness, IMHO).

Now there is one thing about Scrum I would like to recommend. Recently we applies the Scrum with the convention that each Sprint will start/end on Wednesday. In other words, the Sprint Review (Sprint Demo) will occur on Wednesday. And it seems some other companies are also end the sprint on Wednesday too.

The thing in my concern is, according to my experience of coding, the Tuesday and Wednesday is the days where developers/coders can write more code (and even better quality).

I came to that conclusion not only just by experience, but also from observation from the analysis tools: ViewVC , StatSVN and Sonar. 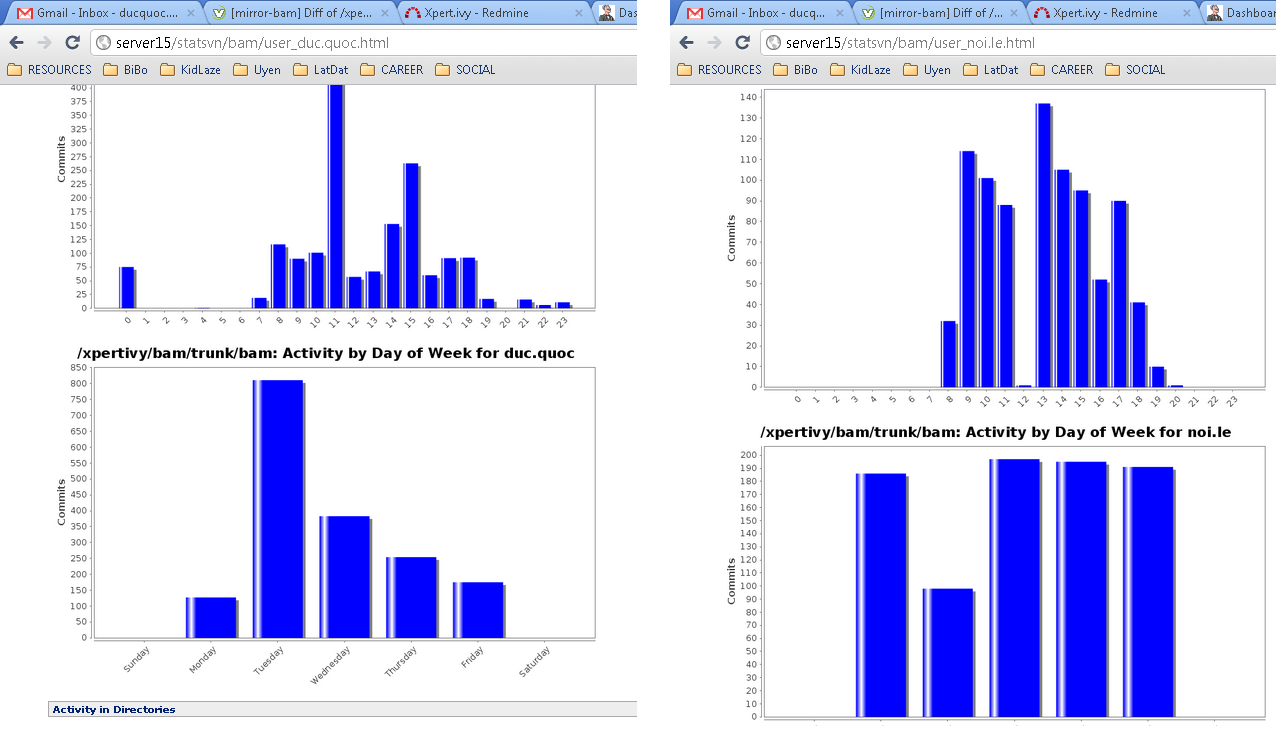 The pictures above is when I tried installing ViewVC, StatSVN and making them work with Jenkins builds. At that time we usually ended the Sprint on Friday afternoon (and later we changed to end it in Thursday, according to a “trial” suggestion from a retrospective meeting).

If I recall correctly, in another company I knew the Sprint started/ended on Monday, and the Wednesday is also the most productive day of week for the developers.

So, what I think is not an actual change to Scrum process , just about the way we applies Scrum, to adapt with the member’s “velocity”. For a normal “Wednesday demo” Sprint, the Wednesday and the Tuesday are almost for meetings and demo preparation, sometimes there are a few devs trying to fix “hot” bugs , and still not very good quality due to the disruption of the “meetings” as well as the “assigned” demo sessions.

If the Sprint ends in Friday, people can also relax well in the weekend. Even when some people try to work in the weekend, it’s also good for them to remember well the points in the demo meetings and polish/fix the code approriately. Then in Monday, the “meetings” stack a lot, but it’s good in this case because the “Monday minds” are not so sharp for coding, but rather for sitting/chatting and be reminded/warmed up by the requirements/retrospective.

That’s my opinion. How about yours?

A coder, husband and brother...
View all posts by DucQuoc.wordpress.com →
This entry was posted in Coding, Skill. Bookmark the permalink.